Please add items from one of our stores to continue shopping.

Enable your browser cookies if you keep on getting this message.

Sorry, shopping cart is disabled at the moment.

Your cart is empty.

Enable your browser cookies if you keep on getting this message.

Please wait while we load your cart.

No one wants to be stuck in a driveway or parking lot with a completely dead battery that won’t start again. A battery typically lasts between three and five years, depending on where you live, how often you drive the car and your make and model. Many car owners may not realize how often they need replacing until major issues arise. 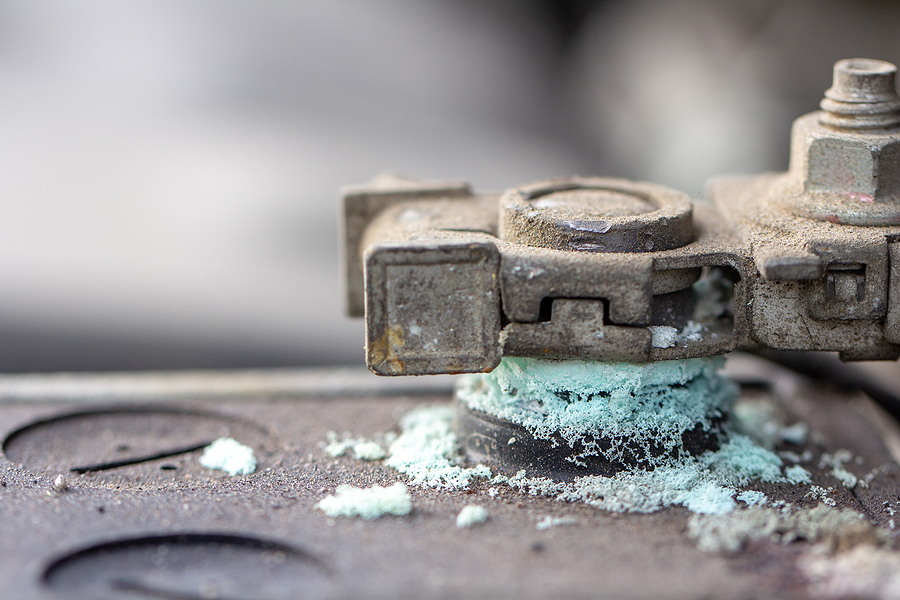 Can you get another year after jumping your battery? We’re going to discuss how to tell if car battery is dead as well as what to look for when trying to figure out if it’s completely gone.

1. Corrosion on the Connectors

This is the most obvious method on how to tell if the car battery is bad: Check under the hood and look where the battery is connected to the terminals (the positive and negative caps). If you see a blue-green powder or crystal-like substance caked on those terminals, it’s time to replace your car battery. Dead batteries can be cleaned or wiped off, but this leaking battery acid is a sign of issues. It needs to be replaced immediately or very soon.

You don’t want to see a bulge or swell in your tiny cell phone battery, so you definitely don’t want to see it in the battery of the thing that transports you every day! You might see a swelling, cracking or bulbous side of the case; cases are typically rectangles, and oddly shaped cases may be a sign something is badly wrong.

3. A Rotten-Egg Smell When You Pop Your Hood

The stink of sulfur is a sign that your battery acid is leaking. Leaking battery acid is one of the top signs a car battery is dying. A dying lead battery will produce hydrogen sulfide gas, which smells like something between rotten eggs, a sewer or well water.

Your car will experience sudden electrical issues when you have a bad battery. Symptoms might include your headlights becoming less bright suddenly. They may even flicker.

General electrical problems are a major sign of your battery dying and could affect pretty much your whole dashboard or electrical system.

These are some tertiary signs of a bad car battery:

Of course, each of these alone might not be a guarantee of a bad battery; it’s best to check under the hood.

6. Clicking When You Turn the Key (Or a Slow-Starting Engine)

Ignition clicks are usually an indication of one of three things: a bad starter, a bad alternator or, more typically, a bad battery. Your battery creates a charge for the starter, which uses its energy to crank the engine. When not enough energy is available, there will either be a clicking sound when you turn the key, or the engine will be very slow to crank (or “turn over”).

Signs of a Bad Starter or Alternator vs. a Car Battery

A bad alternator will exhibit many of the same signs of a dead car battery: dim headlights, electrical issues, difficulty starting and a frequently drained battery. An alternator, however, will often have its own alternator light on the dashboard. Also, your car may experience unusual rattles and sounds. If you’ve replaced your battery or are thinking about it, it may be a good idea to check your alternator at the same time.

A bad starter, however, has a whole other set of symptoms. When you try to turn the key, for example, you’ll often hear a single click rather than a few rapid clicks. You won’t be able to crank the motor. You might hear a grinding noise or even see smoke when attempting to start it.

Of course, sometimes a battery is replaced and these other problems continue; you’ll want to ask your mechanic and continued issues.

If you find your car needs more and more frequent jump-starts to get going, this is a fairly obvious sign that it might be time to get the battery replaced soon, especially if it’s more than three years old.

While the check engine light can indicate a host of things, one thing that it might indicate is a dead or dying battery. This is most helpful when combined with other factors, but, if you’re not sure, it’s best to bring the car in for a checkup anyway.

In Florida, the state’s severe heat can raise temperatures so that the under-the-hood temperatures exceed 200 degrees, which accelerates the death of a car battery a great deal. Newcomers to Jacksonville, FL, may not realize that they might sometimes need to replace their battery every three years instead of every five due to these weather issues. Connect with us if you need a battery replacement locally.

Next How Often Should You Get a Tire Alignment Done?